So you have SSIS packages deployed to Azure using ADFv2 and an Azure-SSIS Integration Runtime but you still have on-premise or IaaS SQL Server(s) and want to initiate the execution of your Azure hosted packages from your on-premise or IaaS server(s)...

As I like to say, don't fret! This is pretty easy to do using straightforward, tried & true on-premise SQL Server technologies:


There you have it. A rather painless way to execute Azure-based SSIS packages from your traditional SQL Server instance. This can be useful when migrating from on-premise and/or IaaS to PaaS.
Posted by d.elish at 3:21 PM No comments:

So you went through all the steps to configure and deploy SSIS on Azure using an Azure SQL Server, Azure SQL Database (for SSISDB), Azure Data Factory v2 (ADF v2), and the Azure-SSIS Integration Runtime type but when you connect to the SQL Server using SSMS you don't see the familiar Integration Services Catalogs node. You see something like this: 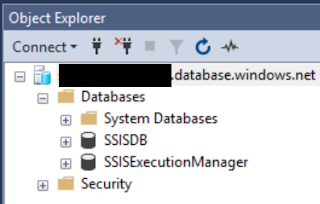 Don't fret. You likely configured and deployed everything correctly and the service is eagerly awaiting your requests. All you have to do is explicitly specify the SSISDB when connecting. To do this, click the Options>> button in the connection dialog and enter SSISDB as the database name. 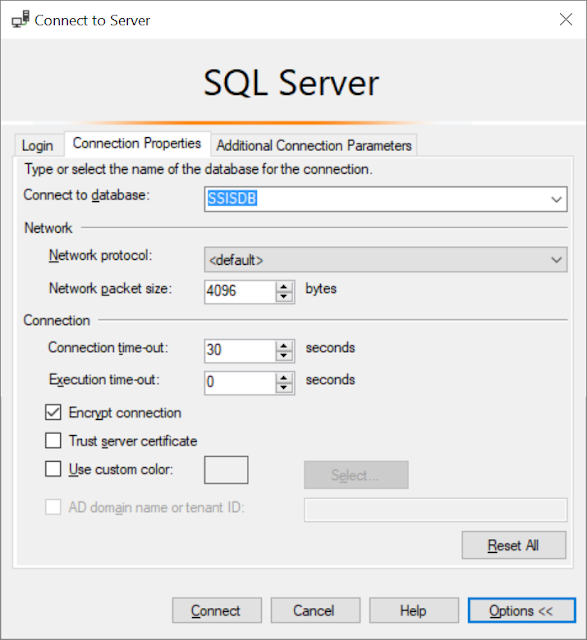 Click Connect and you should be good to go! 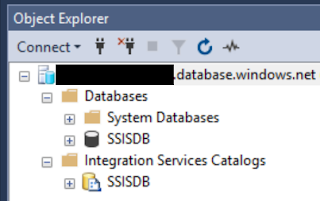 Way back in 2010 I wrote a post about how to use RS.exe to automate the publishing of SSRS objects such as reports, datasource, folders, etc. I got familiar with RS.exe at that time because I needed a way to include SSRS object deployment in a commercial software installer package. This time around I had a similar requirement except that the deployment is now for a CD (continuous deployment) pipeline for an open source project that I am working on called SSIS Project Weaver. It is an SSIS execution framework that includes a number of SSRS reports used to monitor and administer ETL batches.

Instead of using my old tricks I decided to see if there was anything else new out there. Turns out there is. Microsoft was kind enough to release a PowerShell-based project called ReportingServicesTools which targets SQL Server 2012+. Once installed, this PowerShell module provides 40+ commands for interacting with an SSRS instance. Not unlike RS.exe, its commands are not always straightforward.

I won't go into detail about what each command does as there's plenty of existing documentation on that. What I will do is post the PS script I'm using specifically for my CD scenario.

My requirements were the following:

Before you can use the ReportingServicesTools commands and use the script below you must install the PS module by running the following command.

Write this script to a text file with a .ps1 extension.

Here is a sample call of the script.