It is with great sadness that I relay the decision by Microsoft to do away with the Visual Studio Database Project type that I love so much. This project type has given database developers the tools needed to implement high quality Database Development Life Cycle processes. Some highlights can be found here.

However, all is not lost. VSDB will be replaced by what was until yesterday referred to as project Juneau and is now officially named SQL Server Data Tools. It will also be hosted in the Visual Studio environment. 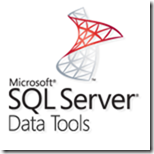 SSDT has many similarities with VSDB but is a complete rewrite from what I understand. Below are some of the features previously unavailable in VSDB.
In my opinion, of the biggest shortcomings (as of SSDT CTP3) of SSDT is that there is no longer support for database unit tests. Automated unit tests have a huge impact of quality and I believe are key to robust DDLC.

While I am sad to see VSDB go, I am confident that Microsoft will create an even better tool in SSDT. I look forward to exploring it and sharing my findings in future posts.
Posted by d.elish at 5:26 AM