For those unfamiliar with TFVC it is one of the two version control engines shipped with Team Foundation Server, available with Visual Studio Team Services, and available on Microsoft's GitHub "rival", CodePlex. Many developers assume TFVC when they refer to using TFS but this assumption went out the window with TFS 2013 when it began shipping with the option to use either TFVC or Git as a version control repository.

There are many sites such as git-scm.com that do a great job a describing Git and what makes it so powerful so I won't get into specifics here but I will say that it excels over most other version control platforms when it comes to large, distributed projects. One such project is the Linux operating system. In fact, it was Linux's creator, Linus Torvalds, that developed Git to support the large, distributed nature of the development of Linux. Even with smaller projects, developers are embracing Git partially due to applications like GitHub that easily allow sharing and collaboration across the globe.

Git does such a great job that Microsoft itself is moving away from TFVC in favor of Git for many of its own projects. It's even hosting many of its public (open source) projects on GitHub including the .NET Core project.

...which brings us to GitHub. GitHub is not Git and Git is not GitHub. Git is a standalone version control application whereas GitHub is a web-based Git repository hosting service. GitHub allows users to create and share Git repositories and interact with them via the GitHub.com website, APIs, command line tools, IDE plugins, etc.

Back to Microsoft and its integrations with Git and GitHub...

1) CodePlex offers a Git version control option (it is the default): 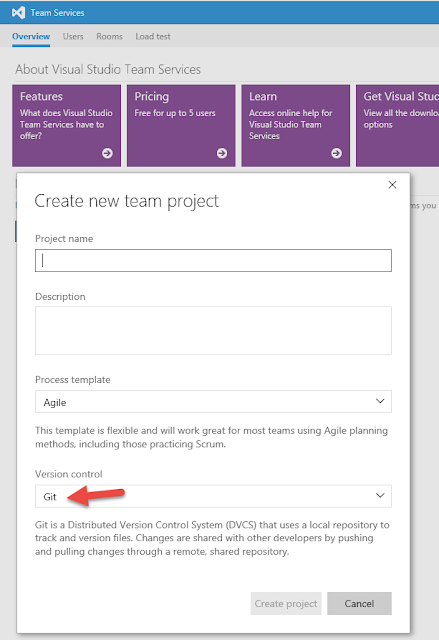 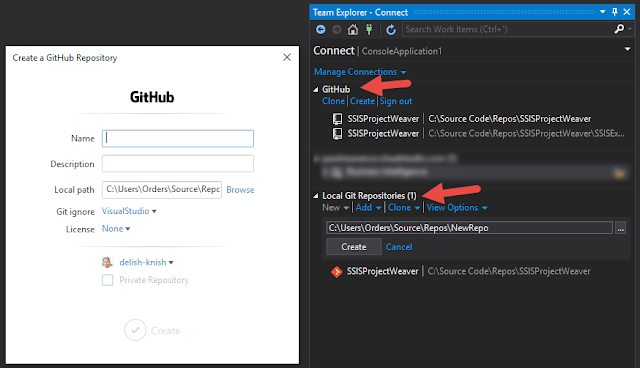 If you landed here it's because you spend at least part of your time developing on the Microsoft stack and are interested in Git. If you know and like Git and didn't know if or how it integrated with Microsoft development tools, now you know enough to find the resources you need to get started. If you've only just heard about Git in passing and work with Microsoft development tools, I would urge you to do some research on Git and GitHub prior to starting your next project so that you can make an informed decision as to which version control system to use and if you want to use hosted repository service like GitHub.